BTC Election – What did Pramod Boro say to BTC minority people when he was the leader of ABSU? And what was the position of Pramod Boro during the NRC process in Assam? ABMSU General Secretary Taison Hussain’s response to this.

With this, ABMSU (All BTC Minority Student’s Union) the largest minority organization of BTC has also been prepared. Because in BTC, minority people do not get government facility whether it is in education or in any development. And for this, this organization has demanded its equal rights from the government over the years. And with this, ABMSU has reacted before the election. It is also feared that the political party that ABMSU is supporting will form the government in BTC.

ABMSU general secretary Taison Hussain said at a press conference in Urang that Promod Boro, president of BTC’s political party UPPL, had never uttered a word for the development of BTC minorities when he was the principal leader of ABSU.

And during the NRC process in Assam, several unions along with ABSU had filed millions of fake objections conspiring against the BTC minority overnight. Due to which thousands of religious minorities people’s names did not print in the NRC.

And with this, when he was the president of the student union ABSU, he never said a word about the biggest land issue of BTC minority, for which BTC minority organization ABMSU has appealed to the government and has come out protesting. Taison Hussain said that the North East Heritage Foundation NGO had filed a PL in the Guwahati High Court for the expulsion of BTC minorities and which come from the UPPL political party, whose trial is still on. 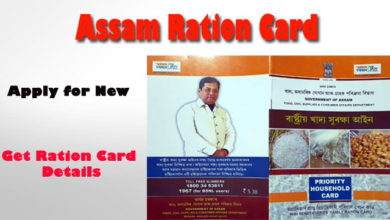